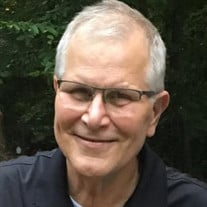 Gregory L. Noll, age 66, of Independence, passed away on Saturday, July 31, 2021 at his home after an extended battle with cancer. Greg is survived by his loving wife of 38 years, Gail L. (Chimo) Noll, children Carolyn Noll Sorg (Brendan) and Alan Noll, and grandchildren Jackson and Anneliese Sorg. He was a cherished brother of Sandra Wessel (Gene), Christopher Noll (Patricia), Karen Robinson (Dean); brother-in-law of Gary Chimo (Patricia); and uncle of Matthew Falk (Jennifer), Bryan Falk (Julie), Daniel Falk (Meghann), Eric Glowacki, Elyse Carman (Andrew), Alex Robinson and Emily Robinson. He was preceded in death by sisters, Gail Falk (David) and Deborah Noll, his parents, Lawrence & Carol (Haverlock) Noll and his parents-in-law, Nicholas & Nellie (Baur) Chimo. Greg was born in Cleveland, Ohio on December 18, 1954. He is a 1973 graduate of Midpark High School in Middleburg Heights, Ohio. He later earned a stationary engineers license from the West Side Institute of Technology. Greg spent most of his career as a facilities engineer at Deaconess Hospital where he met his beloved wife, Gail. He later worked at University Hospitals Parma and retired in December 2019. Greg’s most visible and valuable traits were his humility, patience, kindness, and sense of humor. Greg found his purpose and profound joy with his family. In Greg’s own words, Gail was “the love of [his] life” and he was immeasurably proud of his children. He worked so hard through his cancer care to earn more time with them. He enjoyed traveling with his family, listening to music, polishing his Ford Mustang, and fixing anything with his mechanical dexterity and prized tool collection. Family and friends are invited to gather for a predominantly outdoor Celebration of Life on Saturday, August 7 at 2pm at Cornerstone of Hope in Independence. Pastor Joy Fenton-Jones of Independence United Methodist Church will officiate. Following the service, all are invited to a catered reception at the same location. Cornerstone of Hope is located at 5905 Brecksville Rd, Independence, Ohio 44131. A private, family internment will take place at a later date at Maple Shade Cemetery. In lieu of flowers, the family requests donations in Greg’s honor to Independence United Methodist Church, where Greg was a member, or to the MetroHealth Foundation, where Greg received tremendous cancer care from a team that he truly loved.

The family of Gregory L. Noll created this Life Tributes page to make it easy to share your memories.

Gregory L. Noll, age 66, of Independence, passed away on Saturday,...

Send flowers to the Noll family.