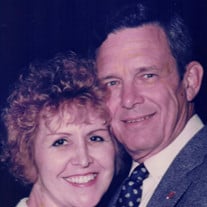 James A. Koran (84) passed away on January 27th. He was preceded in death by his parents Edward and Eleanor, his wife of 58 years, Patricia (ne: Musial) and son Jimmy. He is survived by his children Susan (Jeff), Jan (Chuck), Carrie (Joie), Patrick (Jenny) and Amy (Chris). His greatest legacy are his grandchildren Shelley (Casey), Lindsay, Justin (Jessica), Phillip (Amanda), Tessa, Zachary (Courtney), Alexandra, Courtney, Addie, Larken, Rylie, John and his great grandchildren Kristopher, Emily, Alexis, Beau, Allison, Chase, Henry, Emma and new baby due in Feb. Jim graduated from Cuyahoga Heights High School, a State of Ohio track champion and attended Ohio University where he ran track and played football. Jim married his high school sweetheart Patsy, was drafted to serve in the US Army, and they started their life together stationed in Germany, an experience they both cherished. He returned home and followed in his father’s footsteps as a firefighter. Jim served the Cuyahoga Heights Fire Department for 34 years, retiring as Assistant Chief. He went on to lead and build the full-time fire services as Fire Chief of Brimfield Township, OH. Along the way, somewhere in the late 1980’s the guy not known for an affinity for animals came home to share, to great surprise by all, that he bought a racehorse, beginning a 30+ year love and passion for these fantastic standardbred athletes, the competitiveness of the sport, and the comradery of his fellow owners, trainers, grooms, drivers and all the people who made the track a special place. His horses won prestigious races across the country and he was a fixture every fall at the Kentucky Horse Sale. Jim’s life was centered on family and he leaves his Irish twin brother Bruce (Joan) and Will (Kathy) and their children, Laurel, Michael, Kathy and Sean, to many more rounds of golf knowing they will always remember his beautiful, monster swing landing the ball a mile down the fairway. The relentless progression of supranuclear palsy did not deter his capacity to express his respect, appreciation and humor to those around him. His friends and team at Sunrise of Parma cannot be thanked enough for stepping in as his surrogate family and the angels at Cypress Hospice for their compassion and care. The family plans to celebrate Jim’s life post vaccine in the “Winner Circle” at Northfield Park. It will be a fitting tribute to a man who sprinted through life, won often and fought hard through the finish line.

James A. Koran (84) passed away on January 27th. He was preceded in death by his parents Edward and Eleanor, his wife of 58 years, Patricia (ne: Musial) and son Jimmy. He is survived by his children Susan (Jeff), Jan (Chuck), Carrie (Joie),... View Obituary & Service Information

The family of James Austin Koran created this Life Tributes page to make it easy to share your memories.

Send flowers to the Koran family.