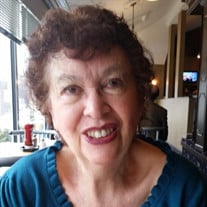 Yolanda Ofelia Elias de Flor, 91, was born on November 11, 1930 in Pachuca, Hidalgo, Mexico. She lived in Independence, Ohio for 59 yrs. She is preceded in death by her husband Roberto Flor Sr. She is also preceded in death by her 8 brothers and sisters (Enrique, Edmundo, Elvia, Ofelia, Carlos, Raul, Manuel, & Ruben). She is the beloved mother of Yolanda Flor-Prugar (Robert), Robert Flor Jr., Raymundo Flor, Yvonne Flor, Yvette Rynties (Gregory), Ysolde Grody (Bob), Richard Flor (Rosemary), Yardena Flor, Yasmin Flor-Stull (Michael), Yael Timock (Marty), Russell Flor (preceded in death May 15, 2020), and Rockwell Flor (Terri). Cherished Grandmother (known as “Mamacita”) to 25 Grandchildren and 20 Great Grandchildren. Aunt to many nieces and nephew. Yolanda died peacefully surrounded by many of her children and grandchildren on December 18, 2021. Yolanda was a very talented mother and had many skills. She was certified as a designer/seamstress at the National School of Dress Design in Chicago, Il. With her seamstress skills she made many clothes for her family. Yolanda was a license cosmetologist; she received her Ohio State Board of Cosmetology license at the Cuyahoga Vocational School. She also took culinary classes. She was the proprietor for the Cornerstone of Mexico where her tacos and burritos were favorite by many. Her meals were creative and exotic. Her Mexican mole was out of this world. She was a cake decorator and made amazing wedding cakes for all her daughter’s weddings. She loved being outdoors. She was quite a gardener and loved working on her flowers and garden. She was a worldwide traveler, visiting many countries in Europe, Australia, Mexico, Ireland, Scotland, Canada and much of the United States. She also loved to do cruises. She visited the Bahamas, Hawai’i and Jamaica. Yolanda was the Rock that held the family together and will be dearly missed. Visitation will be held at Vodrazka Funeral Home, 6505 Brecksville Rd., Independence, on Thursday, Dec. 23rd from 3 - 7 p.m. Funeral Mass will be celebrated Friday, December 24th at St. Michael Catholic Church, 6912 Chestnut Rd., Independence, at 10 a.m.

The family of Yolanda O. Flor created this Life Tributes page to make it easy to share your memories.

Send flowers to the Flor family.